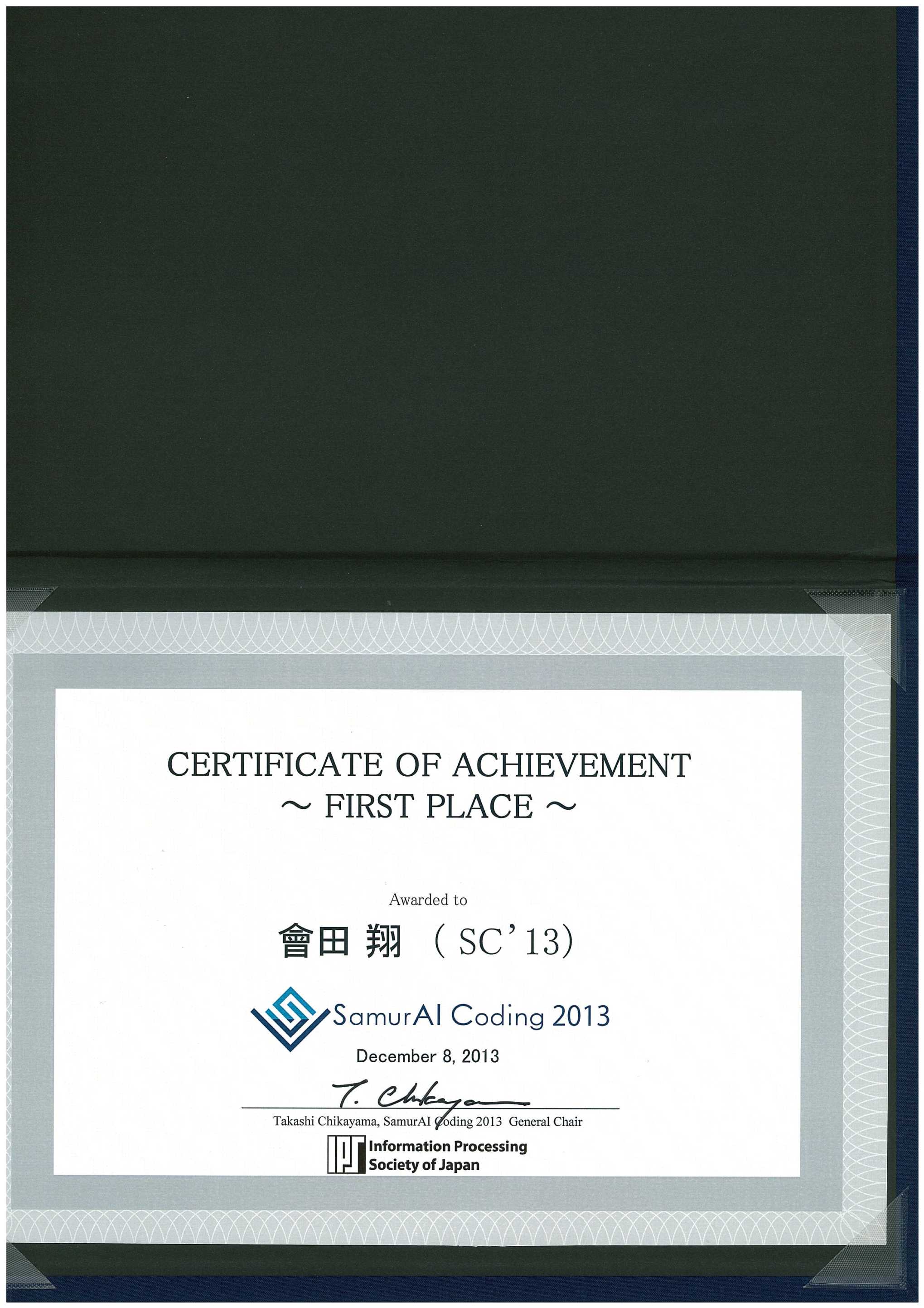 In the programming contest "SamurAI Coding 2013" Sponsored by the Information Processing Society (co-sponsored by the Graduate School of Information Science and engineering) Team SC ' 13 of the second year of Aida Sho (System Information 8 Laboratory) won the championship. The purpose of this contest is to develop human resources who will be the leading researchers and developers in the future to be active in the world market. 10 teams within the domestic 22 teams go through the qualifying to remain in the finals.The finals are two teams overseas. It was held on December 8, 2013 at the I-ref building of the University of Tokyo.The Switzerland-type tournament system will compete for scores We won by far the most impressive results.